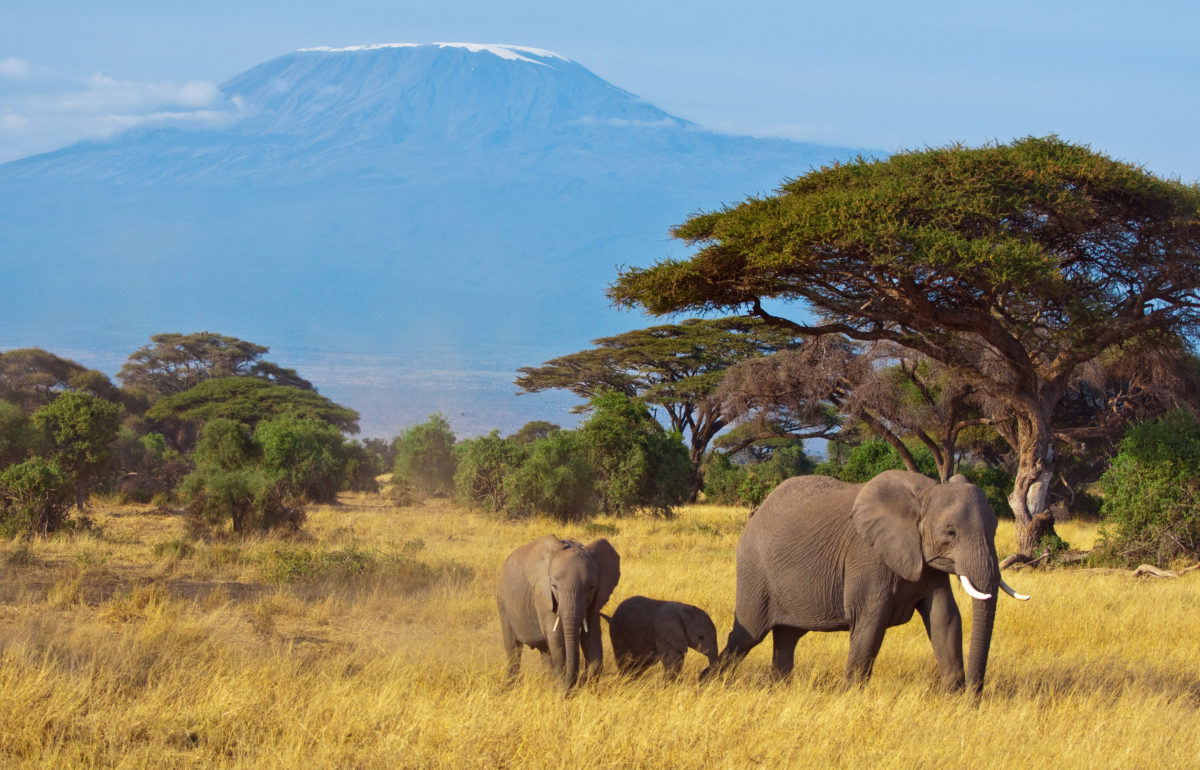 Paul G. Allen’s Great Elephant Census reported in 2016 that African savanna elephant populations in 15 of the 18 Central African countries surveyed declined by 30 percent (that’s 144,000 elephants) between 2007 and 2014. Poaching is cutting Africa’s elephant population by 8 percent annually — with the worst losses in Tanzania.

Combatting poaching in Tanzania is dangerous. “More than 200 rangers have been killed by poachers,” he explains. Joe believes the best way to stop the carnage is by leveraging drone technology to help give Tanzania’s own rangers a fighting chance against the poachers. He started forming the nonprofit SkyWarden™ two years ago to equip and train the rangers with UASs.

Joe sees the FlightWave Edge™ as an ideal way to extend the rangers’ reach while reducing their exposure to danger. “The last thing I want is drone pilots to become warriors who are just out there to gather information. Using the Edge, I can train the rangers to launch the drone from well-defended green zones to significantly decrease the risk of attack.”

His passion for this anti-poaching mission brought him to InterDrone, where he connected with the FlightWave team. He ordered two Edge UASs on the spot.

“I personally think FlightWave’s design is superior,” says Joe. “I have a deal with the San Diego Zoo to use their safari area, where I’ll test each Edge so I can collect all the data I’ll need before taking them to Tanzania — what altitude I can fly them at to remain undetected, and other factors. I already have some Marines who said they would document the Tanzanian rangers during my testing. I’m anticipating going to Tanzania in late May 2018.”

Joe’s mission has been decades in the making. “I fell in love with the idea of flying when I was 12 years old, standing in my local library reading a book on how to fly a Piper Cub. It only took me 50 years to fulfill,” he laughs. “I finally became a pilot recently because of my drone business, because the FAA requires a sports pilot license to do commercial drone work.”

His approach is informed by his own military experience as a young man. Joe went through Green Beret training, but unfortunately was injured, which prevented him from becoming a fully qualified Green Beret. Despite his injury, he achieved his Airborne Wings and was assigned to the John F. Kennedy Center for Military Assistance at Fort Bragg. He continued to serve in Special Forces, becoming editor of Veritas, the Green Beret magazine.

After his time at Fort Bragg, Joe served one tour of duty in Vietnam as an Army regular, where he received an Army Commendation Medal. Joe emphasizes that he “did more shooting with a camera than with a gun in Vietnam.” He was photo editor of his unit’s newspaper while they were stationed in Long Bin, and his photo stories also appeared in Stars and Stripes, a U.S. military newspaper.

“What people don’t know about Green Berets is, their whole mission is to train indigenous people to fight their own battles,” says Joe. “That’s what I want for SkyWarden™.”

Joe’s search for the right UAS took him significant time and travel. “There were other drones I was looking at, including one that could fly for 6 hours, but it had a gas engine, cost $70,000 and had a 10-foot wingspan. The FlightWave Edge is more practical for these rangers. I needed a drone with a realistic price, that would be easy for rangers to manage. I can buy seven Edges for the same price as that one expensive drone!”

Joe also likes the vertical takeoff and landing (VTOL) fixed-wing concept embodied in the Edge. “The fixed-wing allows me to conserve energy and fly more quietly,” he explains, “and in my missions, that’s crucial.”

In addition, Joe says VTOL makes the Edge easier for the rangers to learn how to use it. “Once it takes off vertically it automatically flies like a real plane,” he says. “I could take anyone who hasn’t flown before and teach them how to fly it in a few hours.”

With GPS, he notes, he can pre-program the Edge to fly to a particular sector of a wildlife sanctuary. “The ranger only has to decide what sector he wants to fly, and the Edge does it all,” Joe says. “The ranger is not flying, just really directing, and the UAS is doing all the work.”

“We have more than 60 km range with the Edge, which is more than enough to fly out of a protected area ‘green zone’, do the mission, stop any poaching activity, and send back GPS coordinates so the rangers can then go to that area,” he explains.

Joe says he knows there will be challenges and risks but is hopeful now that he’s found the Edge, “Once the rangers are in control, I’ll have more peace of mind that poachers will at least think twice about attacking.”

The good news: Thanks to his cost-effective use of the FlightWave Edge, SkyCamJoe™ sees the operation as manageable and scalable. “Once my mission is done in Tanzania, I’ll get out and go to the next country in jeopardy,” he says. “Any money I raise will go right into more drones. This is a legacy project for me.”