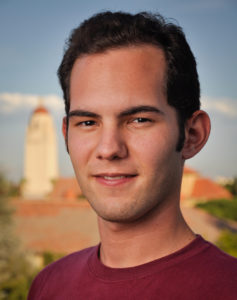 Halfway through his Ph.D. work in aerospace engineering at Stanford, between 2010 and 2015, Trent Lukaczyk got a career-defining opportunity that launched his passion for aircraft innovation. He was invited to join a team of biologists on a trip to Ofu, American Samoa (an island about halfway between Hawaii and Australia), where he was tasked with piloting a drone to map the coral reef that surrounded the island.

Leading up to the mission, Lukaczyk had about a month to throw together a 3DRobotics DIY quadcopter for mapping the coral reef. On the island, he piloted 25 flights in 10 days. “Each flight was super stressful,” Lukaczyk recalls. “We had to take off from tight spaces on a beach, with lots of wind, and for 12 minutes I was clinging to my controller wondering whether the quadcopter would make it back to land, or run out of power over the water.”

The challenges he faced on Ofu shaped Lukaczyk’s view of what was missing in UAVs. “Both through firsthand experience running tough missions in hard-to-reach places, and talking to people embedded in the drone community, it was clear that there was a need for a durable vehicle that flew longer, faster and farther,” he says.

Lukaczyk returned to Stanford with new clarity about the work he wanted to do — and why it was important. He had already met Mike Colonno at the university while working on supersonic passenger jets with Lockheed Martin and NASA. He told Colonno that if they could accomplish this new vision for UAV technology, it would unlock a whole new set of capabilities for projects they were passionate about, like monitoring the environment.

Lukaczyk and Colonno co-founded FlightWave Aerospace Inc. in 2014 to design and manufacture unmanned aerial systems. In June 2015, Lukaczyk completed his Ph.D. from the Aerospace Design Lab at Stanford, a milestone that capped an impressive academic career that had begun with undergraduate work at Cornell University, where Lukaczyk earned a B.S. in mechanical and aerospace engineering in 2010.

His love of aviation — and a budding interest in becoming an entrepreneur — brought Lukaczyk to Stanford from his native Virginia to work toward his Ph.D. in aeronautical and astronautical engineering and participate in Stanford’s Ignite Certificate Program in Innovation and Entrepreneurship.

As a graduate student, his core research interests were in aircraft design and optimization methods. He contributed to the design of NASA’s next-generation supersonic passenger jet, the development of an open-source aerodynamics simulation code called SU2, and the development of an open-source aircraft design code called SUAVE. He also pioneered Stanford’s UAV club as one of five founding members, growing the nascent group into a major on-campus hub for future drone pros.